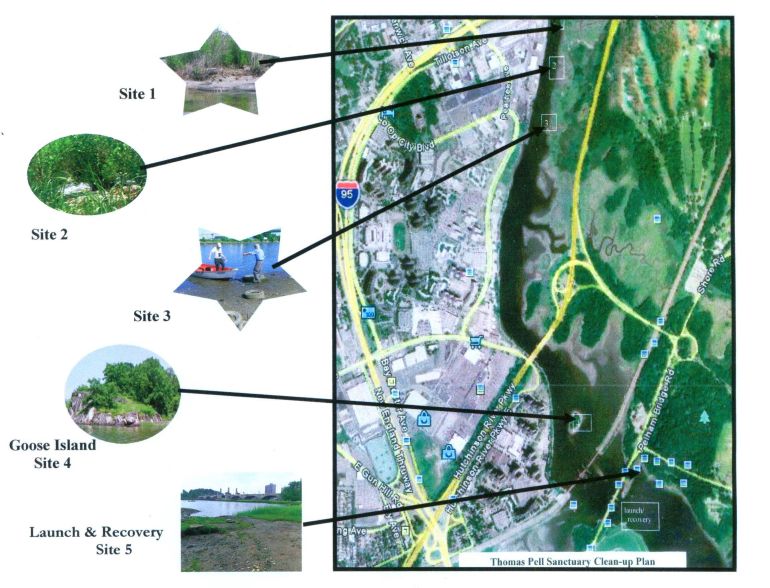 On Sunday, September 18, 2011, a group of 41 volunteers participated in the 2nd annual cleanup of the Thomas Pell Wildlife Sanctuary on the Hutchinson River. As shown on the map, five sites were selected to be foci of this Cleanup. Volunteers assembled at the Launch Site at 9 am, and from there proceeded to their assigned clean up site by boat. Eight canoes and two powered boats were used. Some volunteers elected to remain on shore to prepare the site for recovery of wastes and clean the shores of the launch area.

The 2nd cleanup for the Hutchinson River was again a great success. Hurricane Irene drove in so much extra debris that the 41 volunteers worked very hard. Eight canoes and six Urban Park Rangers helped to deliver the volunteers to the 5 sites in the Sanctuary. Three power boats helped to remove the debris from the sites.  The total weight of the debris removed was 1,940 pounds, and the number of bags used was 76 of which 35 were recyclable. Of particular interest were 17 tires, 2 car bumpers, 4 grills, 2 industrial size ropes, and 1 grappling hook.